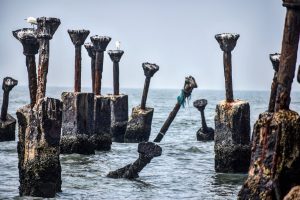 Photo by Akhila Katuri on Unsplash

Although we are all fighting through the devastating health and economic impacts of the first major pandemic in a hundred years, the sense that many of us have is that — even before the pandemic — there was a lot that was already broken in our modern society.

In The Inner Level (Wilkinson, Richard and Pickett, Kate, 2018, Penguin Books), the authors summarize their own considerable research on the societal effects of inequality. This research has established that countries that are relatively “rich” have some of the largest problems with mental illness, stress, and other health problems often resulting in “people (becoming) vulnerable to the effects of old age – including the risks of degenerative diseases and death – earlier than they otherwise would.” The cause: apparently larger and larger economic disparities that tear apart the healthy social fabric of societies.

Wilkinson and Pickett elaborate on why economic inequality is so destructive for our modern societies:

The human brain is, in a very real sense, a social organ. Its growth and development have been driven by the requirements of social life. This is the case because the quality of our relationships with each other has always been crucial to survival, well-being and reproductive success….One of the most important but largely unrecognized features of human social organization is that, for about 95 percent of the last 200,000–250,000 years of human existence, with brains their current size, human societies have been assertively egalitarian. Although generations of anthropologists have recognized, studied and written about the equality of hunter-gatherer societies, our egalitarian past remains virtually unknown to the public at large, and many people imagine that human nature is irredeemably competitive and self-serving. A study which reviewed over a hundred anthropological accounts of twenty-four relatively recent hunter-gatherer societies from four different continents concludes: There is no dominance hierarchy among hunter-gatherers. No individual has priority of access to food which . . . is shared.

So there you have it: it turns out that according to the significant anthropological research cited by Wilkinson and Pickett, an unequal society is against our healthful nature, which is why oppressiveness in our society tends to make the vast majority of us uneasy. As our levels of economic parity have gotten more and more out of balance, we have headed away from what we naturally perceive as a sane society. Then you throw us all into this pandemic swirl, and it begins to feel impossible that our society can be sane again.

A Way Forward: How do we get back to sanity in our society?

It is admittedly hard to see it, but, based on the research that Wilkinson and Pickett have laid out, it seems like anything we can do to begin to close the economic disparities will get us on the right track. As the authors put it:

We have seen already that people in more equal societies are more inclined to help others – the elderly, those with disabilities, or anyone else. We have seen to that community life is stronger in those societies, and that people are much more likely to feel they can trust others. With increasing levels of inequality, the data show that this all declines, social life atrophies and violence – as measured by homicide rates – increases. In countries with the highest levels of inequality, such as South Africa and Mexico, signs that trust and reciprocity have been replaced by fear can be seen everywhere. Houses are surrounded by high walls topped with razor wire or electric fences, and windows and doors are reinforced with iron bars.

Possibly one of the most important things we can do, in the less than sane societal situations we are living in, is to start by becoming aware of the significant inequities all around us. Perhaps, many of us haven’t really been acutely aware of these factors.

That’s step one, and then we’ve got to start taking action to move the needle back toward economic parity. If we do that, I think what we will find is that there will be broad, bi-partisan support for these efforts. Wilkinson and Pickett cite another study that speaks to this:

In an American research project, people were shown unlabelled diagrams illustrating the distributions of wealth in Sweden and in the United States. Around 90 per cent of the respondents preferred the fairer Swedish distribution to the American one. Interestingly, that proportion hardly varied between Republican and Democratic voters, between rich and poor, or between men and women.

If we can begin to change our out of balance economic environment, we can also begin to repair our fragmented and damaged social culture. The actions that we take, in this direction need to be small and large. From local efforts to improve opportunities for Permanent Support Housing for people experiencing homelessness, to the community programs our corporate firms support, to the more ambitious efforts to replace self-serving, corrupt, and narcissistic political leaders with officials who have legitimate, non-political leadership experience, and have a real desire to support the communities they represent.

There is a lot we can do right now to get back on a path of sanity.