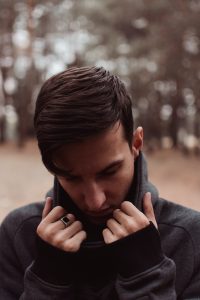 In the New Yorker’s recent book review of Emotional Intelligence (Goleman, Daniel, Bloomberg Publishing, 2020) — on the occasion of the book’s 25th Anniversary Edition — reviewer Merve Emre takes a deeper look into what has driven the success of the whole Emotional Intelligence movement (as Emre notes, “in the past quarter century, the book—which promises to teach its readers what emotions are and how to develop the ‘emotional literacy’ needed ‘to control and channel one’s urges’—has sold more than five million copies worldwide,” and this is not including Harvard Business Review’s “Emotional Intelligence Ultimate” boxed set, a collection of fourteen books, or countless spinoff books, some by Goleman, others by policy analysts or life coaches).

Emre is something of a veteran of getting to the root of what drives wide adoption of allegedly scientifically-based business measures that aren’t actually scientifically based at all, but somehow touch a collective nerve and become enormously popular. In 2018, Emre published a fascinating history of the Myers-Briggs Type Indicator, which became a world-wide standard, even though, as Emre reports, the “type indicator is not scientifically valid” and “…the theory behind it has no basis in clinical psychology” (The Personality Brokers (The strange history of Myers-Briggs and the birth of personality testing)).

Photo by Taras Chernus on Unsplash

Gradually, one sees why the concept of emotional intelligence won such wide acceptance. It is not a quality or even an attribute but a regimen of restraint.

In unraveling some of the mystery of the cult like following of Emotional Intelligence, Emre makes a case for how things work when a concept reaches the level of pop psychology:

(the) genre’s preferred method of narration is the parable. An arresting example of human behavior is clipped from a newspaper article or a research paper. Stripped of the social and historical detail that might give it depth and complexity, it furnishes a readily digestible lesson about right and wrong, or, in Goleman’s case, productive and unproductive allocations of emotion in the “subterranean economy of the psyche.”

As Emre points out, there can be something a bit dishonest about this approach, and “one begins to sense that Goleman’s examples are telling only half the story.” Goleman gives the example of a “father, inexplicably armed and overwhelmed by his evolutionary fight-or-flight instinct, (who) shoots his daughter when she jumps out of a closet to frighten him.” Emre completes the other half of the story, which Goleman did not include in his book:

Looking up Goleman’s sources, one soon discerns a pattern in what has been left out. The father who shot his daughter? At the time, in 1994, he was living in West Monroe, Louisiana; the state had the highest rate of poverty in the country, and the city’s residents were telling reporters that they couldn’t even visit a shopping mall without the fear of being robbed in the parking lot. The chief deputy on duty that night, interviewed by the Associated Press after the shooting, said that it revealed “how scared people are in their homes these days.”

So, beyond creating a mega-business for its followers, what is the concept of Emotional Intelligence trying to uncover? It certainly isn’t misguided to acknowledge that the failure to deal with and manage our own emotions is going to cause problems in the workplace and also in life in general. One of things that most of us learn as we get older is that it is a good idea to develop a level of Emotional Maturity, so that we are not constantly and impulsively reacting to things that tend to be triggered by our flight or fight instinct; but I really don’t think it requires an Emotional and Social Competence Inventory — a 360-degree survey with sixty-eight-items that can be distributed to your colleagues, managers, peers, and clients (which Goleman provides as part of his commercially available materials) — to understand and manage our emotional maturity better.

If you want to rate the emotional maturity of yourself, your employees, or your job candidates, I think that is a fine idea, but I do think it is a good idea to understand the limitations you are facing in doing this. Leveraging Emotional Intelligence “surveys” that are essentially pop psychology, will not get you any of the magical answers you are seeking.