"You realize the sun doesn't go down 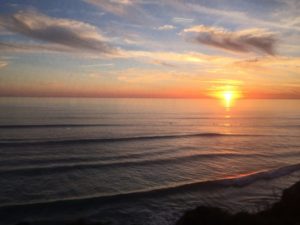 It's just an illusion caused by the world spinning round"

- Excerpt from Do you realize?  (The Flaming Lips)

Spinning Up the Globe Blog....

As I was thinking about starting this blog for Blue Globe Group, I spent a bit of time pondering (as usual) what makes the world turn 'round. If you think about this from a conventional Management Consulting perspective, maybe you'll find yourself thinking about how we can improve on Six Sigma or how we can create an evolutionary approach to bring the much-hyped promise of "Big Data" to more widespread fruition.

But is that truly the essence of good Management Consulting, which us consulting-types hope will help people and organizations as the world goes about it's spinning? I am not so sure. Let's take an example of exactly this type of conventional thinking in Smarter Faster Better : The Secrets of Being Productive in Life and Business  by Charles Duhigg.  The New Yorker's Louis Menand provides us with a thoughtful review of this recently released book that takes us "back to the very beginning of the genre": Samuel Smiles's Self-Help published in 1859, offering a "compendium of exemplary tales" of  how "(almost exclusively) men have made it in nearly every imaginable endeavor."  Menand points out that the "key ingredient" in all these stories "that explains why some people do better than other people...reflects the nature of the economic times."

So that, as Menand points out, if "...you were running a steel company a hundred years ago, you would want the workers in your factory to perform physical tasks as efficiently as possible" and, unlike in today's economy, " you would....want your workers to become habituated, through repetition, to a specified mechanical routine. You would not want them to do a lot of thinking on the job." This "manufacturing economy" was tied to Fredrick Taylor's Principles of Scientific Management, first published in 1911.

Menand goes on to point out that in today's economy, "if you were starting up a tech company...you would want your employees to be innovative and flexible....You'd be looking to maximize the ratio of brains to adaptability." This is quite a contrast to the optimized model of the manufacturing economy that Fredrick Taylor helped create in the early part of the 20th century.

Isn't this what we would expect? As Menand asserts in his "Smart Faster Better" review: "It’s not surprising that every era has a different human model to suit a different theory of productivity....We apply technologies of the self to our own selves, and measure our worth by the standards of the workplace. We can even be a little self-punishing in our efforts to become the sort of person who matches the model."

So where does this leave those of us in the consulting trade, who like to think of ourselves as part of the helping profession?

I'd like to think (yes, perhaps I am deluding myself slightly here) that we have to find a way of focusing on what is essentially human about the problems we are trying to solve, and to the extent that we lose track of the right thing to do for each other as humans, we need to stop the madness of what we are doing and take a different approach. This is my sense of what this Blog (my working name for it, at this point, is Spinning 'Round) should be about: how do we, as Management Consultants  -- or other consultative professionals -- stay true to what is essentially important to each other as humans?

In the conclusion of Menand's review, he mentions Duhigg's earlier book, The Power of Habit, in which Duhigg uses "...as an example of replacing bad habits, his own effort to stop interrupting his work every afternoon to eat a chocolate-chip cookie. For various reasons, this habit seemed to him undesirable, and he undertook a time-and-motion study (not unlike the kind Frederick Taylor pioneered, more than a century ago) to figure out why he did it." Mr. Duhigg decided that -- "After several days of documenting the events leading up to the purchase and consumption of the cookie" -- he could use this cookie eating time, when "...he regularly wanted a distraction from his work at a certain time of day" to "...chat with a colleague instead. He soon found that he no longer needed the cookie. He had management-theorized himself into becoming a more disciplined person. The story made me sad. Mr. Duhigg. Charles. Life is short. Eat the cookie."