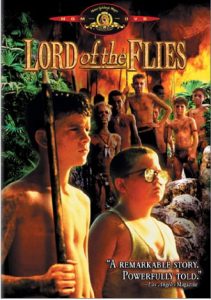 Post-Doctoral Work in Group Dynamics Anyone?

I want to be upfront and say: no I do not have an advanced degree with a focus in Organizational Development, or any related field, nor am I a researcher in the field of Group Dynamics; but I sure am fascinated by the topic.

What I can share in this area of my own keen interest is more than 40 years of team experience, starting with Flag Football in (I think) the 4th grade to the many professional teams in which I've played a part in the last 30ish years.

Looking back on all of these experiences, I sure wish I had known a lot more early on, and I really am feeling envious of those who've made Group Dynamics their life's work, because there is so much to learn!

Wading into the Waters of Many, Many, Many Business Team Experiences

Regular readers of the GlobeBlog will have noticed that the usual weekly Monday edition never made it out over last couple of Mondays, and my last Post was really a "trailer" for this significantly tardy Post that you are now reading. Well....Despite all the usual 14 hour days (more on that in an upcoming Post), there is a lot to pick through in the various piles and piles of experiential team experiences and, of course, reams and reams of advise columns that admonish all of us to do five (or possibly seven) things to be more effective in teams. In any case, I felt it was worth spending the extra time sifting through the so-called Literature of Teams, and what I found was actually quite illuminating.

In 3 Types Of Dysfunctional Teams And How To Fix Them, Patty McManus tells us that teams that seem to be broken are typically of either the War Zone, Love Fest, or Unteam variety. The War Zone "team environment is characterized by watching one’s back, the formation of factions, and maneuvering behind closed doors," and "Members are primarily competitive with one another" (I would call this the Lord Of the Flies Team).  Ms. McManus further explains that the Love Fest team can be identified when the team "focus here is on getting along" and the team "can be inclined to avoid the tough issues in the interest of maintaining good feelings." So that likely isn't the ideal team, either. Finally, the Unteam is -- you might have guessed -- not much of team and is made of individual "leaders" whose "main connection is to their (team) leader."

Ms. McManus' solution to these various dysfunctions: "Team As Ecosystem," and it all seems right with the world to her from there:

Communication in healthy ecosystem teams is respectful but unforced. Structure in meetings and processes aids communication rather than constraining forthright exchange. Decision making is clear in terms of team members’ input and authority, and the leader balances a fair hearing for differences with finding agreements where they exist and breaking impasses when time demands it.

This just hasn't been my experience most of the time. There is always a bit of an Environmental Imbalance waiting to burst forth, and understanding that imbalance and where it is flowing from is never quite like, well, peering into the Garden of Eden.

Of course, there are many much more esoteric philosophical opinions on business teams and how to keep them functioning, such as an interesting blog post that focuses on what gives rise to the Lord of The Flies scenario and asserts it is primarily caused by "imposter leaders’ sharing similar traits to real leaders, such as their admirable drive and ability to influence others. A key difference though, is that where a leader influences through inspiring, the imposter does so through instilling fear in others, often utilizing their title and status."

Unfortunately, as the author admits, "the obvious question at this point is, once I recognize I need to improve energy and engagement, how do I go about doing it?" And for this the article does not have a lot of solid advice.

Certainly as a model of what a fairly large sector of businesses of the future are expected to look like, Facebook carries a lot of weight. So how does Facebook address teams?

In How Facebook Tries To Prevent Office Politics what we get are several rather formulaic, preachy, team-health pronouncements:

Of course, the author, who is Facebook's global head of engineering and infrastructure, does provide considerable, thoughtful justification for all of these catchy phrases. It's just that as I stare at these cook-book like items, I am disappointed, but not too surprised: isn't this approach consistent in tone and content with a company that has almost single-handedly created a new kind of definition of Social, but has, through the years, not always displayed a very deep understanding of what Social really means?

Is Google Our Last Best Hope For Developing an Understanding of Business Teams?

I'll admit,  I hadn't expected to be looking toward Google's People Operations department as the organization that would help uncover some of the key insights in Team Dynamics, but they certainly had done their homework.

In Google's Project Aristotle, as described in a New York Times February, 2016 article What Google Learned From Its Quest to Build the Perfect Team:

...researchers began by reviewing a half-century of academic studies looking at how teams worked. Were the best teams made up of people with similar interests? Or did it matter more whether everyone was motivated by the same kinds of rewards? Based on those studies, the researchers scrutinized the composition of groups inside Google: How often did teammates socialize outside the office? Did they have the same hobbies? Were their educational backgrounds similar? Was it better for all teammates to be outgoing or for all of them to be shy? They drew diagrams showing which teams had overlapping memberships and which groups had exceeded their departments’ goals. They studied how long teams stuck together and if gender balance seemed to have an impact on a team’s success.

Along the way, the Google researchers working on Project Aristotle found it difficult to find patterns. "We looked at 180 teams from all over the company,’’ Abeer Dubey, a Google manager said. ‘‘We had lots of data, but there was nothing showing that a mix of specific personality types or skills or backgrounds made any difference. The ‘who’ part of the equation didn’t seem to matter.’’

What the researchers did encounter was a concept called Psychological Safety. According to Edgar H. Schein of the MIT Sloan School of Management, who published a paper on the topic in May, 1992, Psychological Safety is the concept that in groups "...for motivation to arise to learn something new, people have to feel psychologically safe,"  which is to say "...that they will see a path forward that is manageable, a direction of change that will not be catastrophic," and where they "...will still feel a sense of identity and wholeness" after they have participated openly in the group. This concept seemed to very much fit the situations the researchers were seeing in the teams they were studying.

In 2014, Project Aristotle's Julia Rozovsky and her colleagues started to share their findings with selected groups of Google’s 51,000 employees. Project Aristotle's team members still didn't know how to easily integrate Psychological Safety into teams, but they hoped that by sharing their findings, some of these groups could develop some ideas for doing this on their own.

After Rozovsky gave one presentation on these findings (as detailed in the February, 2016 Times article) "a man named Matt Sakaguchi approached the Project Aristotle researchers. Sakaguchi had an unusual background for a Google employee. Twenty years earlier, he was a member of a SWAT team in Walnut Creek, Calif., but left to become an electronics salesman and eventually landed at Google as a midlevel manager, where he has overseen teams of engineers who respond when the company’s websites or servers go down."

‘‘I might be the luckiest individual on earth,’’ Sakaguchi told the Times. ‘‘I’m not really an engineer. I didn’t study computers in college. Everyone who works for me is much smarter than I am.’’ However, Sakaguchi seemed to have a special talent for managing technical workers, and as a result, he has thrived at Google.

As the Times article further explained,  "Sakaguchi had recently become the manager of a new team," and he was "...particularly interested in Project Aristotle because the team he previously oversaw at Google hadn’t jelled particularly well." He wanted this new team to be different.

Project Aristotle "...provided him with a survey to gauge the group’s norms," and "(Sakaguchi's new) team completed the survey...." When "...Sakaguchi received the results. He was surprised by what they revealed. He thought of the team as a strong unit. But the results indicated there were weaknesses: When asked to rate whether the role of the team was clearly understood and whether their work had impact, members of the team gave middling to poor scores. These responses troubled Sakaguchi, because he hadn’t picked up on this discontent. He wanted everyone to feel fulfilled by their work. He asked the team to gather, off site, to discuss the survey’s results. He began by asking everyone to share something personal about themselves. He went first:

"I think one of the things most people don’t know about me,’’ he told the group, ‘‘is that I have Stage 4 cancer.’’ In 2001, he said, a doctor discovered a tumor in his kidney. By the time the cancer was detected, it had spread to his spine. For nearly half a decade, it had grown slowly as he underwent treatment while working at Google. Recently, however, doctors had found a new, worrisome spot on a scan of his liver. That was far more serious, he explained.

No one knew what to say. The team had been working with Sakaguchi for 10 months. They all liked him, just as they all liked one another. No one suspected that he was dealing with anything like this.

‘‘To have Matt stand there and tell us that he’s sick and he’s not going to get better and, you know, what that means,’’ (Sean) Laurent (a member of Sakaguchi's team) said. ‘‘It was a really hard, really special moment.’’

After Sakaguchi spoke, another teammate stood and described some health issues of her own. Then another discussed a difficult breakup. Eventually, the team shifted its focus to the survey. They found it easier to speak honestly about the things that had been bothering them, their small frictions and everyday annoyances. They agreed to adopt some new norms: From now on, Sakaguchi would make an extra effort to let the team members know how their work fit into Google’s larger mission; they agreed to try harder to notice when someone on the team was feeling excluded or down.

One of the more interesting parts of all of this is that no one had told Sakaguchi to be this open about his severe illness, and apparently there was nothing in Project Aristotle's research findings that indicated he should have been this open, either. But to Sakaguchi and his team, all of this appeared to make immediate, intuitive, sense: ‘‘I think, until the off-site, I had separated things in my head into work life and life life,’’ Laurent told the Times. ‘‘But the thing is, my work is my life. I spend the majority of my time working. Most of my friends I know through work. If I can’t be open and honest at work, then I’m not really living, am I?’’

Sakaguchi is clearly aware that the extent and severity of of his illness means he may not have a lot of time left, but, as he told the Times, helping his team be successful "is the most meaningful work I’ve ever done,"  and his work with Project Aristotle ‘‘proves how much a great team matters....Why would I walk away from that? Why wouldn’t I spend time with people who care about me?’’