When Our Change Initiatives Fail, Should We Blame Organizational Culture? 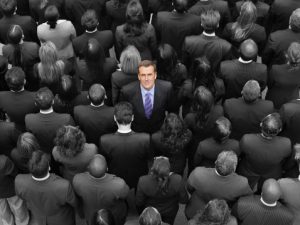 When a Change Initiative fails, should we blame the underlying culture of the organization? This seems to be the standard when large initiatives fail, despite having Change Management practices in place. The implicit logic is: we (the leadership of the initiative) tried, we did everything we were supposed to do, but it was that pesky organization's culture that was not going to budge....we were destined to fail from the beginning.

This has always sounded like a bit of a rationalization to me, but I, like so many others, have typically excepted this explanation.

So is this an explanation we should readily accept? The authors of an April 2016 Harvard Business Review (HBR) Article on Change Management have a clear point of view on this: Culture  Is Not the Culprit. In the opinion of the authors, "When organizations get into big trouble, fixing the culture is usually the prescription," and "all eyes are on culture as the cause and the cure." The authors ( Jay W. Borsch and Emily McTague) have interviewed several current and former CEO's of successful major change initiatives and the consensus that can be gathered from these leaders is that "cultural change is what you get after you’ve put new processes or structures in place to tackle tough business challenges like reworking an outdated strategy or business model." Essentially -- the authors assert -- "it makes intuitive sense to look at culture as an outcome—not a cause or a fix."

This argument resonates with a lot of my own experience, as well: essentially Change Management is really Change Leadership.  As a client of mine says "you have to lead people through change." This is the only way "culture" can really begin to change. I can think of a couple of recent examples from my own Consulting Life of where the importance  of leading people through change can really be seen.

The first example comes from a series of projects I was managing at a large international bank, where organizational change was a constant topic of conversation. The particular concern with the portfolio of projects that a number of us were managing was that the evolving project deliverable review and approval process -- part of the "new" culture -- would choke out all project progress; so, in something of a self-fulfilling conclusion, a large group of individuals decided that is exactly what would happen: most projects would grind to a halt and anything with a sense of urgency would be shelved. All of this could be justified, due to the inability of the evolving organization to deal with the underlying cultural clashes. For many of the bank's middle managers responsible for dozens of project deliverable reviews and approvals this also implied that they really weren't expected to keep up with these reviews and approvals.

The interesting and unexpected thing (clearly unexpected from the point of view of many of the middle managers responsible for these deliverable reviews at the bank) was that project managers with the tenacity to ensure projects moved forward refused to be stymied by processes seemingly designed to halt progress. The tenacious approach of these project managers was accomplished through all kinds of creative means. For example, middle managers who were "too busy" to review and approve project deliverables, soon found out that they could find the time to review and approve these deliverables, or they could attend a video conference session with their peers at 6am on Monday morning to review and approve the deliverables then (This was admittedly one of my creative flourishes. I made it clear that we would have an "o-dark thirty" deliverable review session, but if the individuals responsible for these reviews and approvals completed their work prior to the session, they were not required to attend, although they were certainly welcome to attend, in any case.). Essentially, certain of the Project Managers were dragging the culture forward.

In a more recent example from my Consulting Life, one of a client company's shared services organizations was struggling with ineffectiveness, due, in part, to its inability to consistently execute standard processes. During interviews with key staff of the organization, I actually found out that process measurements designed to monitor and track key issues had been established, only to be removed from systematic use because there had been concerns expressed about "people being thrown under the bus."  The department supervisor who was explaining this to me knew that removing this process measurement capability was the wrong thing to do, but there was no one, from a leadership perspective, who would support doing the right thing. So the current "culture" won.

What I've learned from these experiences -- and this is heartily echoed by Ms. McTague and Mr. Borsch -- is that there really is no culture that stops us from doing anything. Real and sustainable change starts with great leadership and that is when culture can begin to change. One other key Change Management consideration that the HBR Culture Is Not the Culprit article points out implicitly is that the effectiveness of "Leading Change" often depends upon the organizational level that is leading it. In the article, all of the successful change initiatives that are discussed were led by CEO's.  Leading change from a middle management position or a consultative role without the explicit -- and widely communicated -- support of upper management is a much more difficult and often futile proposition.

The bottom line for all of us potential Change Agents is: do not fear culture. Just remember that if you are not in the ranks of Upper Management, you will need Upper Management's unequivocal support in your efforts. Now get out there and Lead Change and the "culture" will follow.