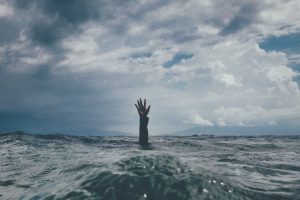 Photo by nikko macaspac on Unsplash

A recent post on a site called the Leaders Blog has an eye-catching sub-title: “Your Success is likely tied to the art of managing organized chaos.”

Is that actually true? Can we manage chaos? Is “organized chaos” worth better understanding and attempting to manage?

Leadership is Not Managing Chaos

After more than thirty years of leading initiatives of various sizes and shapes, with plenty of chaos thrown in for good measure, I can state without hesitation: you will not have to learn to manage chaos, because, by definition, you cannot manage chaos.

OK, but chaos exists in many programs and projects, and sometimes can poison and paralyze entire organizations. So what is a leader to do?

When you are an ocean swimmer like I am, you get to know the local lifeguards where you swim. So what does a lifeguard have to do with dealing with chaos as a leader? Quite a bit, actually: well-trained lifeguards are taught that they can help pull people out of the water when they are flailing chaotically, but they are also taught to prevent a fearful person from pulling them under. If you have ever tried to help a fearful person who is afraid of drowning, you know that there is a significant possibility of becoming a victim yourself.

In the consulting trade there is a warning that fellow consultants often remind each other of: don’t go native. This is an admonition to a consultant from one of their peers to retain perspective, recognizing that although empathy is critical in most everything we do, we should not live in our client’s chaos.

The same applies to leadership. Good leaders do not get drawn into the frenzy of chaos cycles that are in motion. Leadership in a chaotic environment involves removing people from chaos, but it is also, to a great degree, a process of leading people toward their own healing. The best outcome is when people can rescue themselves from chaos.

Leadership is Demonstrating the Way Out of Extreme Chaos

We have all heard the cliche of “lead by example,” but, like a lot of cliches, it has some real truth to it. It is a key attribute of leaders capable of leading their teams out of chaos.

When the chaos is extreme, this is the time when demonstrating a clear path out of what can only be described as a nightmare becomes all the more important. I compare this to the calm that Ian Walsh (see video clip, below) recently displayed as he fell down an approximately 50’ wave, got pummeled like a rag doll and held underwater for that wave, and then two more waves after it. Walsh’s refusal to panic and flail is likely the reason he is alive today.

As an effective leader immersed in extreme chaos, demonstrating that you will not succumb to it will go long way toward encouraging an attitude of calmness among your team members, who hopefully will refusal to spin chaotically. The other thing that this does is inspire a kind of loyalty from your team that few other scenarios can inspire.

Leading Others Out of Chaos is Your Job

Finally, leading others through and out of chaos is not an optional part of your leadership role, so you have to embrace it. You may not always be dealing with chaos, but, whether you knew it or not when you took this leadership role on, during these chaotic cycles your job is to be like the lifeguard on a red flag day. You are going to have to pull off some rescues, and at times you are going to feel quite exhausted, but the chaos you’re dealing with, at the moment, will more than likely be like the sets of waves that arrive at our shores: not a permanent cycle, but for now you’ll need to deal with it, and step up to this aspect of your leadership role.