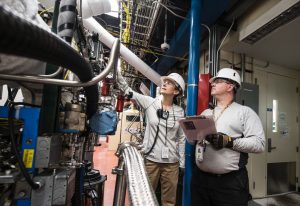 In Peter Cappelli’s September article Stop Overengineering People Management in Harvard Business Review, Mr. Cappelli reminds us that “the long march toward enlightened management is typically seen as beginning in the 1930s, when researchers and, more important, corporate leaders began to abandon the assumption that workers should be treated like machines.” I can’t say I completely agree with Mr. Cappelli on this point, because I am sure there are many specific examples of “enlightened management” before this point; however, beginning at the end of the the 1920s, there does appear to be an emergence of many more views that sought to re-evaluate the principles of Scientific Management, as originally outlined by Frederick Taylor.

As Cappelli points out, Frederick Taylor’s viewpoints rose to prominence “in the early 1900s,” with Taylor’s assertion that “that there was one best way to perform work tasks. Engineers could figure it out, and the role of workers was only to execute it. These arguments soon extended from production work into white-collar jobs, shaping everything from pay systems to the design of offices and buildings.” Then, between 1924 and 1927 a lighting study was conducted at the Hawthorne Works in Cicero, Illinois. The phenomenon documented in this study came to be known as the Hawthorne Effect, in which there appeared to be an impact on worker efficiency simply be virtue of the extra attention required to observe workers. Human behavioral theorists have continued to make general comparisons between this “Observer Effect” and the more rigorous experimental evidence of the impact of measurements in physical experiments.

The British Library’s summary of Professor George Elton Mayo’s involvement in the research at Hawthorne Works recounts how Mayo’s conclusions from his research seemed to significantly counteract the mechanistic views of Taylor. “After a period of reflection…Mayo was able to conclude that:

Job satisfaction increased as workers were given more freedom to determine the conditions of their working environment and to set their own standards of output;

Job satisfaction and output depended more on cooperation and a feeling of worth than on physical working conditions.

It appears that these views had a profound impact on other human behavioral theorists and may have lead directly to the work of Douglas McGregor and his development of Theory X and Theory Y. The idea that employees would only be motivated by there own self interest (Theory X) was more closely tied to Taylor’s approach to work standardization, whereas in Theory Y “managers assume employees are internally motivated, enjoy their job, and work to better themselves without a direct reward in return.”

The Future of Work: A Return to Time And Motion Studies?

So where is the future of work taking us? Are we headed back to seriously considering Time and Motion Studies — such as this recent example from an NIH paper indicates (Time Motion Studies in Healthcare: What are we talking about?) — as a way to define our work systems and design our jobs? This would almost certainly be recommended by Taylor, but even though I have an Industrial Engineering degree (so I feel more than a little bit guilty that Taylor’s, in my view, over-simplified approaches are seriously being considered again), I cannot think of many instances where this makes a bit of sense.

Yet the rise of a Taylor-like mindset is what particularly concerns Cappelli. He asserts that “the most powerful force pushing companies toward Theory X is artificial intelligence,” noting that “at present, AI tools are virtually all algorithms derived from machine-learning programs: sets of equations that optimize staffing requirements, the fit of job candidates, marketing moves, and so on.” Cappelli provides the example of “long-haul trucking” to point out where this can be problematic:

Consider a job that used to be a bastion of individualism and autonomy: long-haul trucking. Once upon a time, truckers could drive how and when they wanted as long as they got to the destination on time. Now algorithms dictate routes and schedules, driving practices, and everything else. Truck cabs are outfitted with equipment that monitors drivers and collects information, both to enforce the requirements and to improve the algorithms. Cameras record whether drivers take their hands off the wheel, allowing companies to dock their pay if they do; speed and driving time are watched minute by minute; and drivers are given turn-by-turn instructions for getting to each destination (which, say, reduce left-hand turns because they account for more accidents and take more time).

When we take away all decisions from employees, they no longer feel accountable, and their interest in contributing extra falls. With AI-based algorithms calling all the shots, it isn’t even clear how they could help. Suppose a truck driver discovers a better way to get in and out of loading docks: Whom does the driver tell? Yes, the algorithms save gas and money, on average, but worker-generated innovations won’t happen if we pull away from empowerment and institute the planning and controls associated with optimization.

As Cappelli points out, though, the challenge with counteracting Theory X approaches, or at least reducing their prevalence, is that “Theory Y approaches require a lot of leaders’ and managers’ time and energy and are squishy. In contrast, optimization approaches can be stipulated by rules, delegated, and aligned with hard priorities, like maximizing efficiency and lowering costs, that make CFOs and Wall Street happy.”

The Future of People in the Workplace

Maybe all of this talk about the re-emergence of Theory X based management seems kind of scary to even discuss, but I can tell you that I am not all that worried about it. For close to 35 years, I have worked on various and sundry projects, task forces, re-engineering programs, etc. In many of these initiatives there were elaborate and sophisticated software tools, methodologies, and project or process management governance processes. My experience has been that these technical elements resulted in a few challenges, but the biggest challenge — and indeed, by far, the biggest opportunity — was how people worked together. This will not change. If anything, the challenges around how people best work with tools, such as Machine Learning, will increase significantly; and yet these challenges will not be solved by optimization techniques.

In the conclusion of Capelli’s article he quotes Kurt Vonnegut’s novel Player Piano: “‘If it weren’t for the people, the god-damned people always getting tangled up in the machinery…the world would be an engineer’s paradise.’” Right, and that is the exactly the point: without people, Machine Learning and optimized processes just don’t mean anything.

Without people, and the many people related inter-personal considerations that we all navigate every day, none of what we are attempting to optimize makes much sense, and none of it really works.