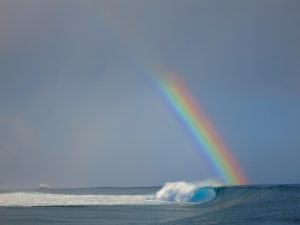 Photo by Lucie Dawson on Unsplash

Things Should Not Be This Way

Richard Rohr, an author, Franciscan Friar, and founder of the Center for Action and Contemplation (CAC) related the following story in one of his daily meditations:

According to a Buddhist legend, there once was a woman who sought out the Buddha after losing her baby to illness. Crazy with grief, she asked him for medicine to bring her son back from the dead. He replied that he would give her this medicine if she brought him back a white mustard seed from the house of a family that had never experienced death. The woman went door to door, searching for a family untouched by the loss of a loved one. Of course, she could never find such a family. She realized that death touches everyone. And in realizing the universality of grief and death, her suffering lessened.

This story shows us that the feeling of “things should not be this way” is an additional and unnecessary pain on top of our inevitable suffering. We cannot avoid old age, sickness, and death, but we can remove the unnecessary assumption that things should be otherwise, and the psychic pain this assumption causes us.

During these extremely difficult times, even if many of us do survive this virus, we are not immune to all sorts of deaths, figurative and literal, in our finite lives. How do we face all of this suffering in our lives and in so many lives around us, and still find a path that remotely resembles joy, or at least seems to indicate the path toward joy?

Does it make any sense to you that we must find a way to face and walk through suffering? It didn’t make much sense to me either, but it turns out to be a path worth exploring.

When Rob Bell, a well known author, speaker, and former pastor, lived in the same small coastal town where I live, he started a podcast called the RobCast, and in one of the initial episodes of his podcast he talked about an experience that hit very close to home for me. In this episode, called Making Room for the Immensities, he tells the story of when a large ocean swell had come through our area and a kid from Las Vegas had come to one of our area beaches. The young man (I think he was just 18 years old) was standing on a rock when he was pulled out into the water by an enormous wave. If I recall correctly, within 24 hours we knew he had died in the ocean. As Bell recalls, the picture and article describing this young man’s death were on the cover of our little town paper. In telling this story, it seemed to be a bit of shock to Bell that the young man had been found dead in the water about a half a mile from where Bell surfed “on most days.” It struck me in a similar sort of way because, as an avid ocean swimmer, on any given day, I might have swam by him floating there in the water.

Bell talks about how an event like this can just grab you and pull you into its pain, and, yet, neither of us knew this unfortunate young man. As he puts it: “it’s like something opens up in your heart…like the center of your being is haunted with loss.”

So, what do we do with this suffering? This thing we can’t even describe — because, as Bell says, “suffering exists in a realm beyond your intellect” — seems like an enormous sinkhole filled with endless darkness.

In another RobCast episode entitled Light Heavy Light that seems to me to be thematically related to Making Room for the Immensities, Bell describes being part of a meeting with the Dali Lama and Bishop Desmond Tutu, two men, who, as Bell puts it, have “seen some of the worst suffering on the planet…but what we pick up from them is joy.” As Bell further recounts the remarkable meeting of these two great spiritual leaders, as well as his observations of other spiritually enlightened people, it becomes clear to the listener that he feels he has found something here, and maybe it is something that some us have noticed as well: when we face significant suffering — whether it is ours or whether we are experiencing the profound suffering of others — if we are willing to face these feelings and really move through them as they progress, there is often some sort of positive transformation that takes place. In a manner of speaking, we come out the other side it, and we are not the same.

In a sense, in times of great suffering, we may not have a better choice than to face the suffering head on, because, as Bell argues, “if you deny the heaviness it will appear somewhere else.”

So, having entered this dark period — our modern version of the Black Death — if you do count yourself as one of the luckier ones, and manage to survive this thing, will you have honestly taken this suffering in? I am struggling with this myself, but I think this is worth thinking about. I am certainly thinking about it, and I am already beginning to see that suffering’s transformational process may be working its magic, because these moments right now, this inhale, and this exhale, are all we’ve really got, as far as we know; and then I realize that my son and grandson calling my name (“Pops” is what they call me) is like a great aria. I may never hear it again, but no matter happens, I am fortunate to ever heard it, and it will always be with me.

This is what life is, and sometimes we may have to walk through great suffering to actually see it. As Bell says toward the end of Light Heavy Light: “Eat. Drink. Enjoy this moment.”